Following in the footsteps of Los Cabos and Mexico City, another sunny destination joins Airbnb’s ‘Live and Work Anywhere’ program to attract more digital nomads in 2023. As Airbnb describes it, its latest addition is perfect for slow travelers and remote workers looking for “sea, sun and adventure.” 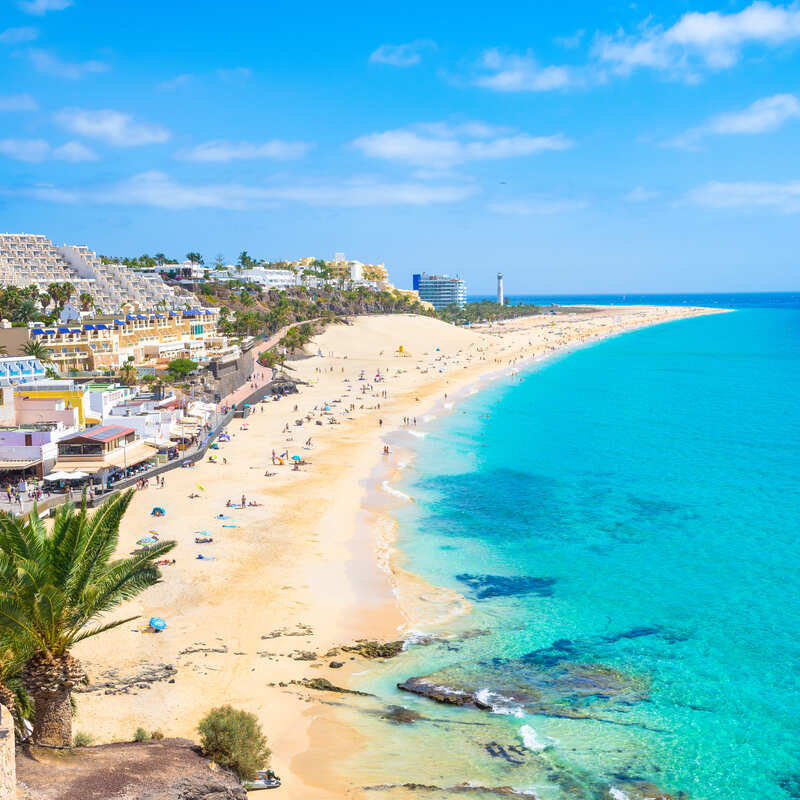 Digital nomadism is possibly the number one trend in post-Covid travel, and a movement that continues to grow as more national governments get excited about the idea and begin to relax their strict immigration rules. This year, more than 45 countries are offering green cards to foreign visitors, including some of America’s favorite vacation spots in Latin America.

As the world’s leading platform for long-term rentals, AirBnB has a key role to play in advancing the ‘nomadic’ cause, and it is doing so masterfully:

Sea, sun and adventure on the west coast of Africa 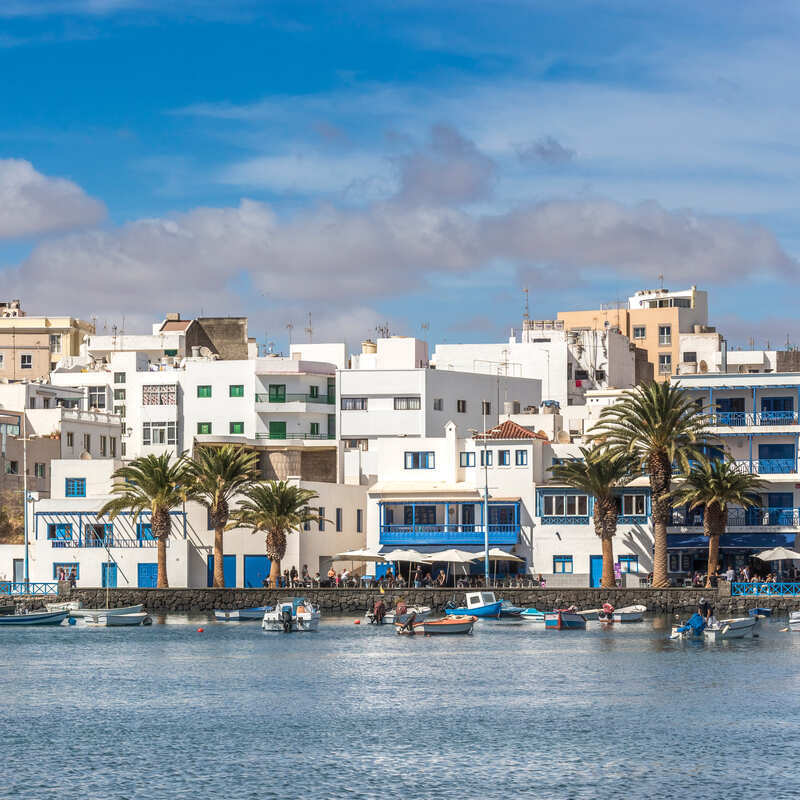 After partnering with some of Mexico’s top coastal destinations, including modern Los Cabos, Airbnb is turning its attention to the Eastern Hemisphere. More specifically, a hugely popular “winter sun” destination that offers continental Europeans warmer weather year-round, but has historically been overlooked by a broader American audience.

‘Would you like to go surfing on your lunch break?’, ‘Or end your work day with a hike in the mountains?’ are some of the questions that AirBnB asks nomads looking for sun before presenting their new partner destination: the Canary Islandsa Spanish archipelago and autonomous community off the western coast of Africa. 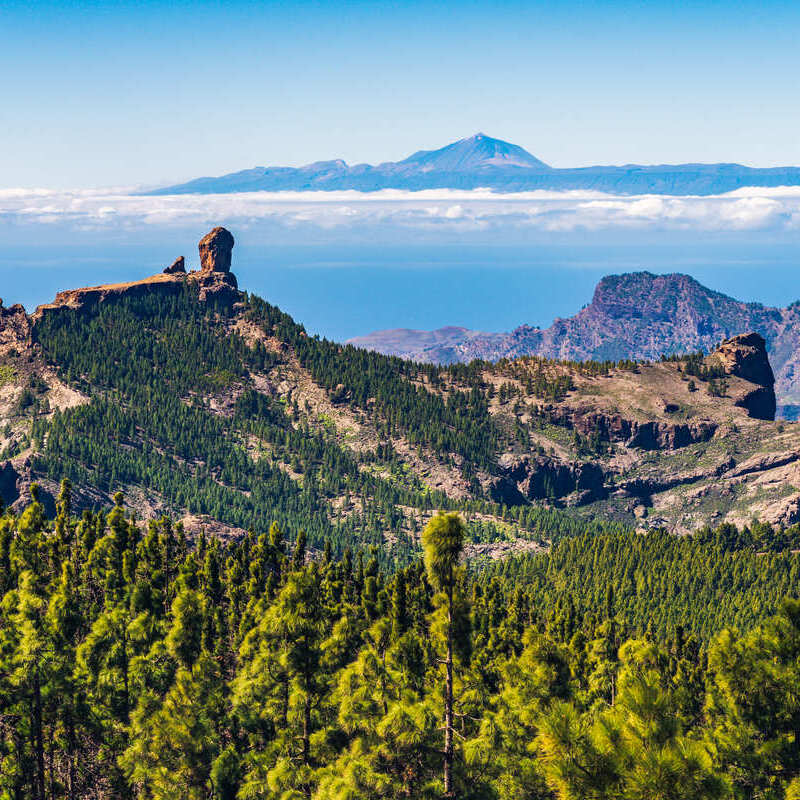 Before going into detail about why they’re a great pick, Airbnb immediately points to the Canaries’ offering.the most hours of sunshine per year in Europe‘. Although they are located very close to the African continent, the islands are an integral part of Spain and the European Union, and are therefore culturally, ethnically and politically European.

Incredible weather all year round 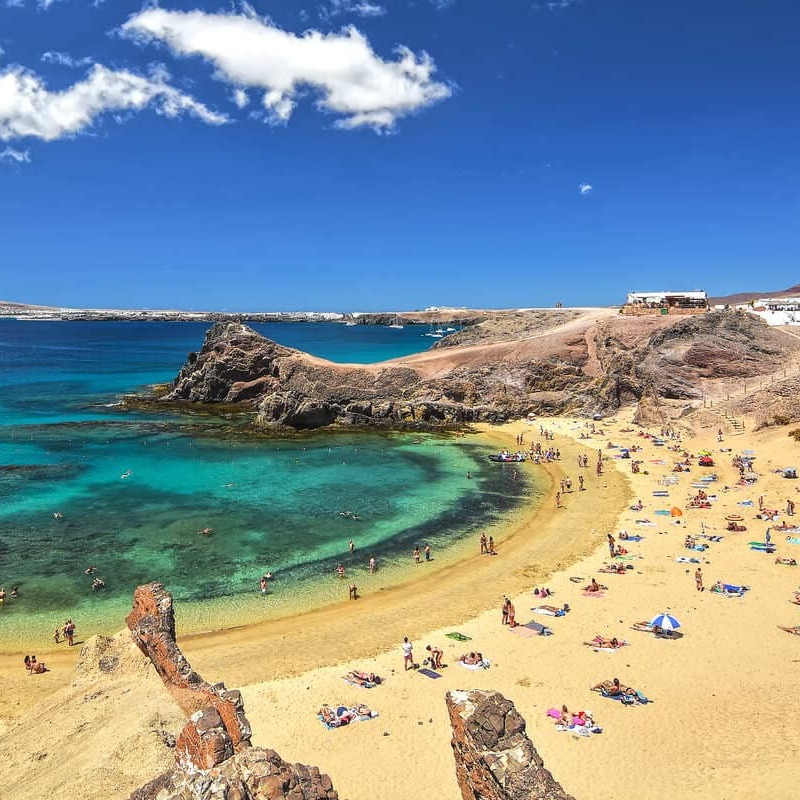 considered the land of eternal spring, temperatures in the island communities reach maximums of 20 degrees Celsius during the peak of winter. In other words, on islands like Tenerife and Gran Canaria, the weather is never bad. The same cannot be said for other markets in southern Europe, where the weather is only pleasant enough during the summer.

On Mykonos, for example, one of Greece’s most sought after summer islands, temperatures drop to 9°C in January. In Dubrovnik, Croatia’s famous walled city facing the Adriatic Sea, the temperature can reach 7°C with occasional snowfall, and even the French Riviera, which has highs of over 30°C in summer, will feel quite chilly in winter at 9th. 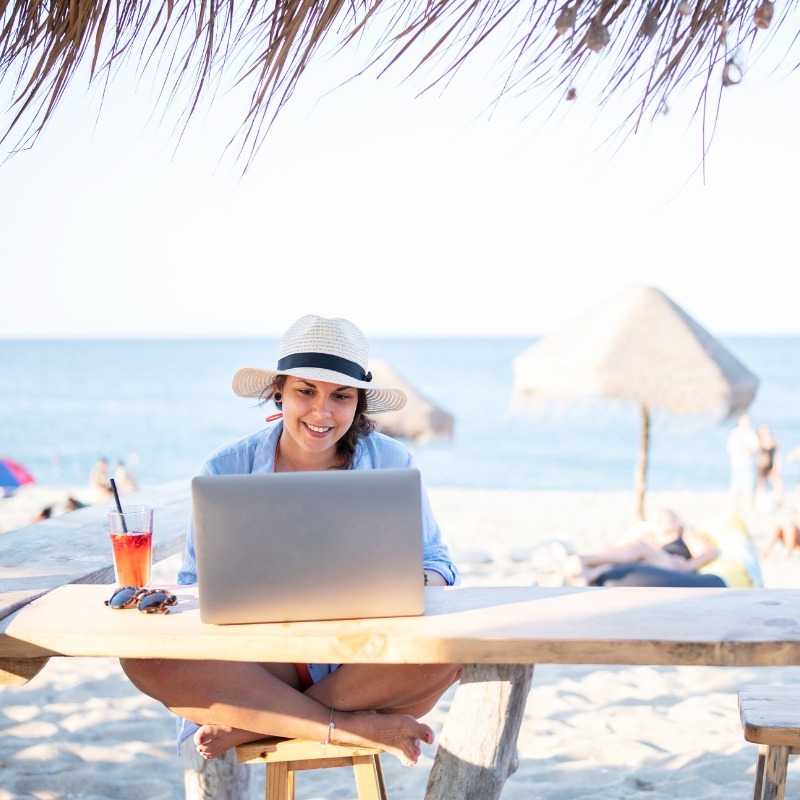 The Canary Islands, for their part, always provides amazing weatherand unless you like adventure and go on excursions to the Highlands of Fuerteventura, or go further inland on one of the islands, where it is generally more mountainous, your only drawback during the winter, weather wise, should be light rains…

If there are any.

Airbnb also mentions “excellent” connectivity and “affordable living” against a backdrop of “stunning beaches” and nature. All over the Canaries there are Hiking, biking and running trails.making the Spanish region one of Europe’s adventure capitals, as well as small coastal towns with a laid-back vibe and wellness-driven culture.

Meanwhile, those who don’t necessarily want to unplug and explore nature and are looking instead for a vibrant atmosphere where you can socialize and meet other travelers you will not be disappointed. Despite being a remote group of islands, the Canaries are the most populous special territory in the European Union. 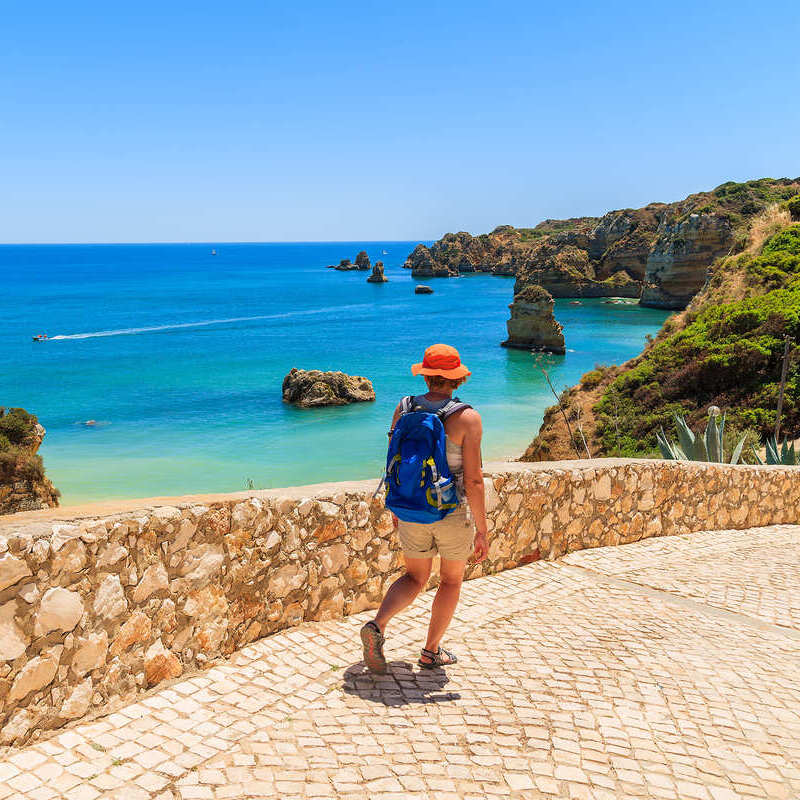 There is more of 2.2 million inhabitants living on seven main islands:

Each island has its own distinct culture, climate, and character. While Tenerife and Gran Canaria concentrate the majority of the population (43% and 40% respectively) and are both well-developed urban areasTowns such as La Gomera and La Palma, with less than 100,000 inhabitants each, offer an escape from the hustle and bustle of the larger surrounding islands. 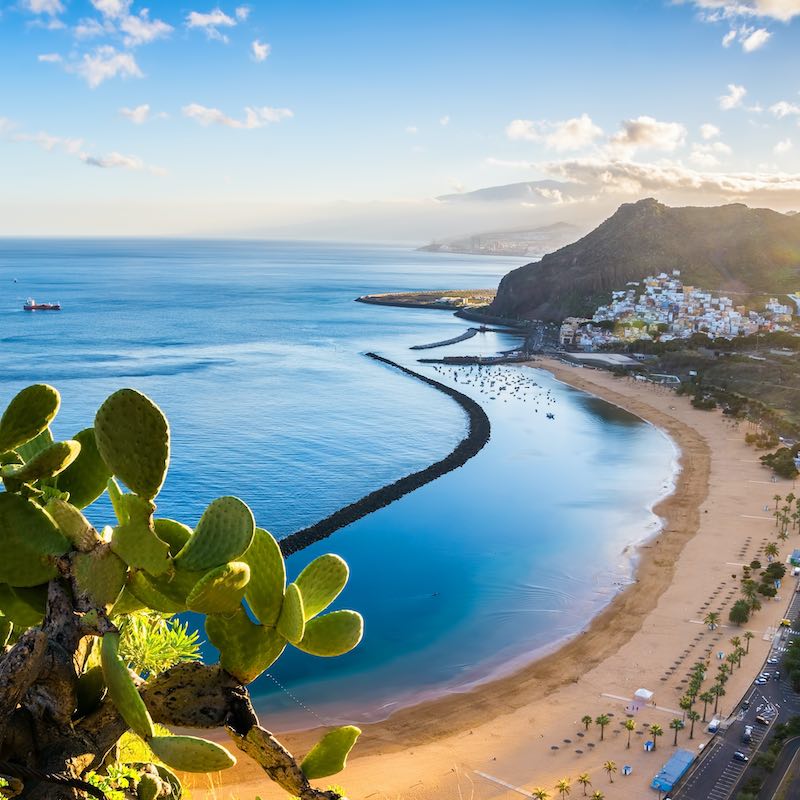 The best islands for young nomads

The four best islands chosen by AirBnB for nomads considering moving to the Canaries are the following:

tenerife‘fantastic’ for outdoor activities, beaches and home to a growing international community of workersGran Canariawhere guests can find a diverse natural landscape, from sand dunes to pine forests and a beautiful coastlineFuerteventurathe postcard island of white sand beaches and turquoise oceansLanzarotedotted with white-washed Mediterranean-style houses and home to active volcanoes and golden-sand beaches

Naturally, the best islands to settle down as a young nomad are Tenerife, Gran Canaria, Fuerteventura and perhaps Lanzarote: they offer excellent broadband internet connection and some of them even have co-working spaces shared by nomads and local workers alike. In addition, Tenerife and Gran Canaria are among the European countries top LGBTQ+ friendly destinations. 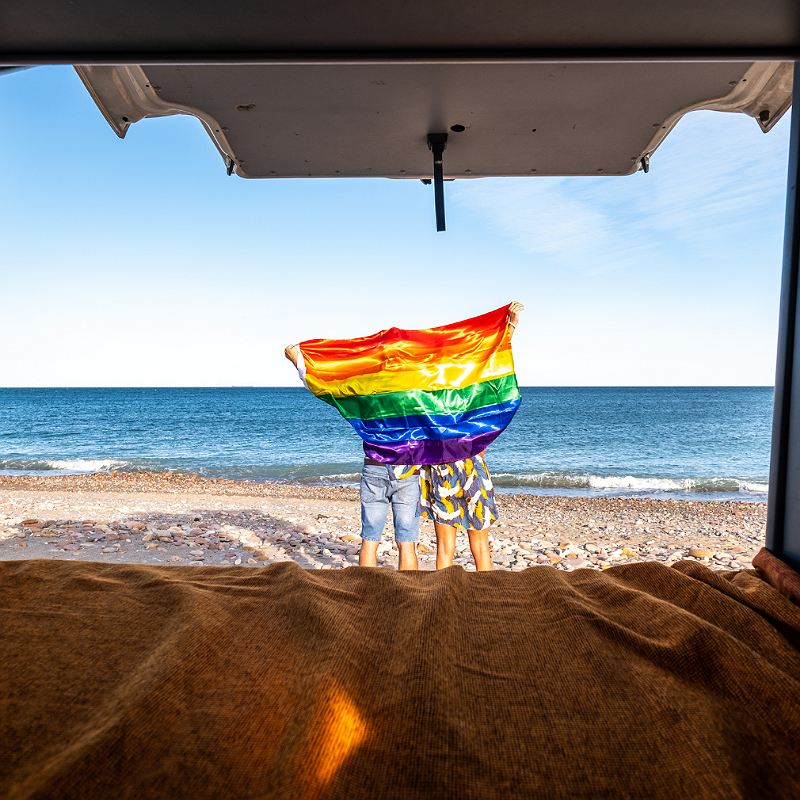 It goes without saying that, these islands offer flight connections to an extensive list of destinations both in mainland Spain and Europe, which means you’ll be a three- to four-hour flight from other sunny spots like Barcelona, ​​Malaga and Seville (in Spain) and countless other European cities, with London , Paris and Zurich to name a few.

Seeing potential in the Canary Islands, this yearUnited Airlines launched the inaugural flight between the US (Newark) and Tenerife. Seasonally available as often as three times a week, the route proved to be a success upon its debut in June and we expect it to reopen in summer 2023 as Tenerife continues to grow in the US market. 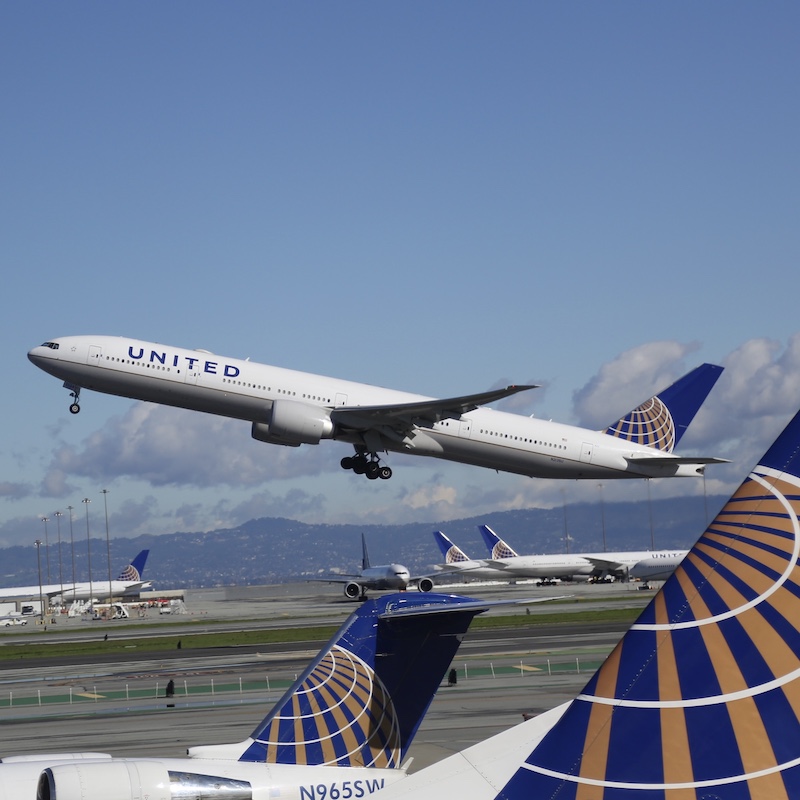 Airbnb prices are pretty affordable too: Nomads on a budget can find single rooms for as little as $700 a month in Arrecife, the capital of Lanzarote. On any of the larger islands, such as Gran Canaria or Tenerife, entire apartments are available monthly for between US$1,000 and US$1,500.

Of course, it all depends on the list of services and the location.

Are digital nomad visas available for Americans moving to the Canary Islands? 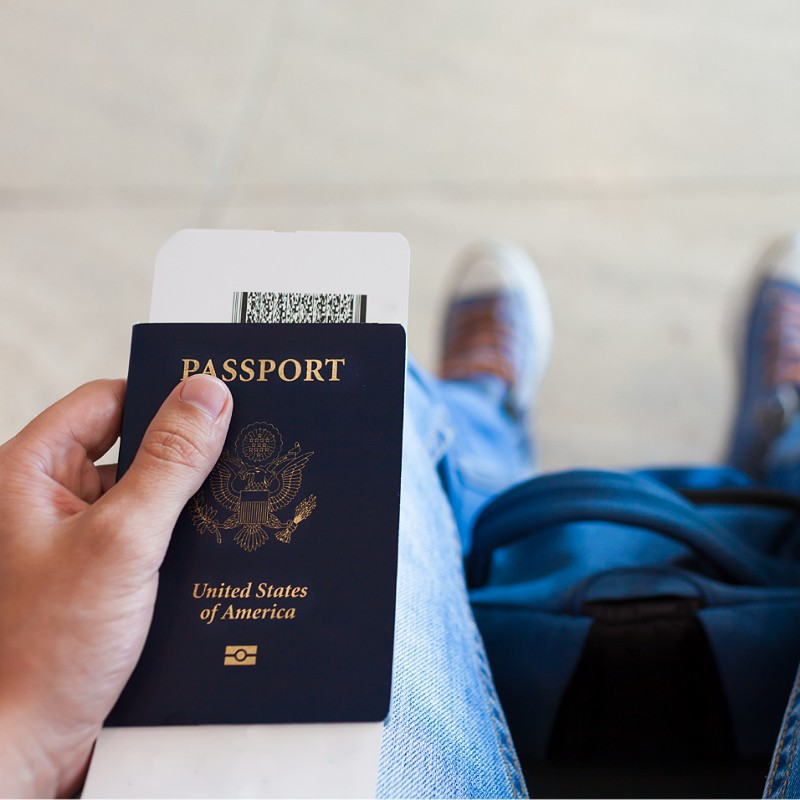 When it comes to visas for digital nomads, Spain prepares to launch its own residence permit which allows nomads to remain in the national territory for up to five years. At this time, we do not have any official information on the criteria applicants will need to meet, including financial threshold or background check.

The ‘Digital Nomad’ law has recently been approved by the Spanish Parliament as part of a broader package entitled ‘The Startup Act’. It paves the way for the debureaucratization of entrepreneurship in Spain, including the launch of DNV. Details have not yet been finalized.but Euronews has pointed out that the visa could be formally submitted in January next year. 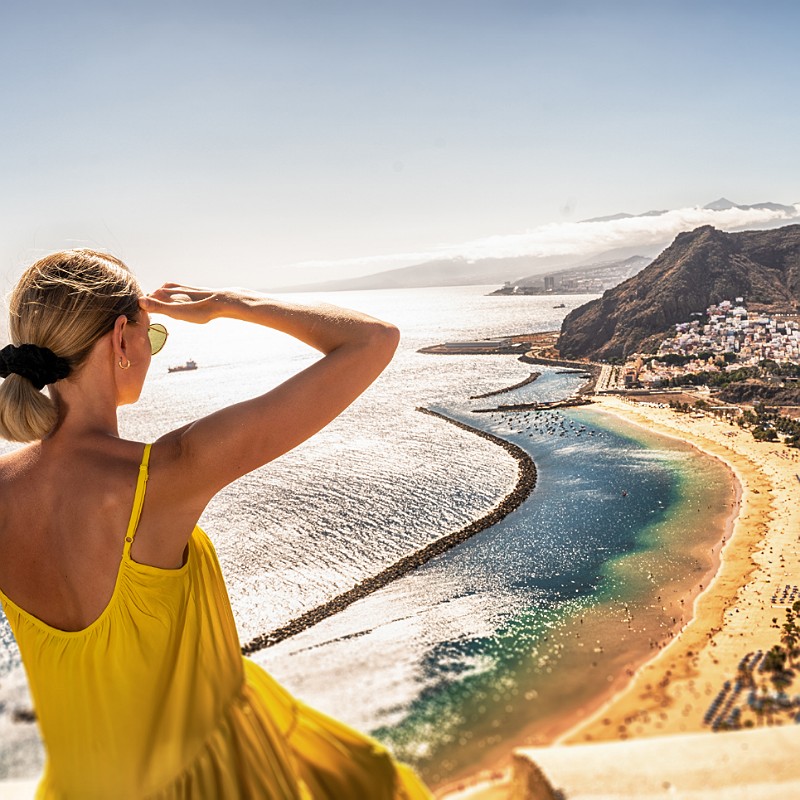 Currently, Americans are only allowed to stay in Spain, and in the Schengen area in general, for up to 90 days of any 180-day period. They can do so without applying for a visa in advance as tourists, but those who overstay typically face hefty fines and even possible multi-year entry bans to Spain, the European Union and their associates.

The Spanish authorities no longer apply the Covid travel rules.

traveler alert: Don’t forget travel insurance for your next trip!

the Travel Off Path Community FB Group It has the latest news, talks, and Q&A on the reopening every day!

Enter your email address to subscribe to Travel Off Path’s latest travel news, delivered directly to your inbox

This article originally appeared on TravelOffPath.com