The first civilian in space was a Japanese newspaper reporter in 1990, Toyohiro Akiyama. Then, six months later, Helen Sharman, a distinguished British chemist, won a radio contest, beating out more than 13,000 British men and women. However, both have been denied inclusion in the commercial space tourism club.

“Citizens’ access to space is tremendously important as a tourism niche and, more importantly, for the future of humanity.” – Dirk Duran-Gibson, Professor Emeritus at UNM

In 1990, Akiyama spent a week in space on behalf of the Tokyo Broadcasting System, where he was a reporter. His employer paid $12 million for his trip, which promoted the 40th anniversary of his broadcast network.

Sharman was a distinguished British chemist and a member of the Order of the British Empire (OBE). She responded to a radio advertisement from Moscow’s Narodny Bank for a free trip to space, along with 13,000 other British citizens. She was selected because of her credentials in chemistry. In May 1991 she spent eight days in orbit on the Mir Space Station as part of Project Juno, an effort to normalize relations between Britain and the Soviet Union. The cost was $10 million.

These names are often overlooked, and according to UNM Professor Emeritus Dirk Duran-Gibson, the first golden age of space tourism is long forgotten. 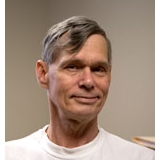 “Space-X. Virgin Galactic. Blue Origin. Familiar names to all of us,” Duran-Gibson said. “But what about Armadillo Aerospace, Bigelow Aerospace, Eads Astrium, XCore Aerospace, UP Aerospace, and Transformational Space Corporation, known as tSpace? More than 100 companies announced plans to participate in the civil space race, but few have survived.

He argues that most people have forgotten about the first cohort of civilian promoters of space tourism, such as the Council of Space Enterprises, the Space Frontier Foundation, the Access to Space Society, the Space Tourism Society, the Space Industry of Personal Space Flight and the International Association of Space Entrepreneurs; there were more than 100 such organizations. According to Duran-Gibson, some are still active.

In recent years, the world has celebrated a trio of citizen trips high up in the Earth’s atmosphere. Space is a very dangerous environment and a difficult place to travel to. These recent “space travelers” are brave individuals, but Duran-Gibson argues that they can hardly be considered the first citizens in space.

Duran-Gibson says one of the most essential questions remains unanswered, what counts as citizen spaceflight.

Dennis Tito was the first space tourist to pay for his own trip, just $20 million, in 2001. The American businessman spent his time on the International Space Station enjoying microgravity, music and photography. Upon his return to Earth, the mayor of Los Angeles held a press conference in his honor.

Simonyi went to space twice, in two years, spending a total of 25 days in space. This Hungarian-American software developer created the first version of Microsoft Office and was worth $5.5 billion in 2022. The two trips of him cost $55 million. At the age of 13 he was selected to be Hungary’s junior astronaut. He thoroughly documented both trips on his mission website.

“We can and should learn from the relevant past,” Duran-Gibson said. “Citizens’ access to space is tremendously important as a tourism niche and, more importantly, for the future of humanity. If we don’t take strong steps to build off-planet capability in terms of infrastructure, operational expertise, public-private partnerships, international coalition building, and technological innovation, the human race will perish when our planet does.”