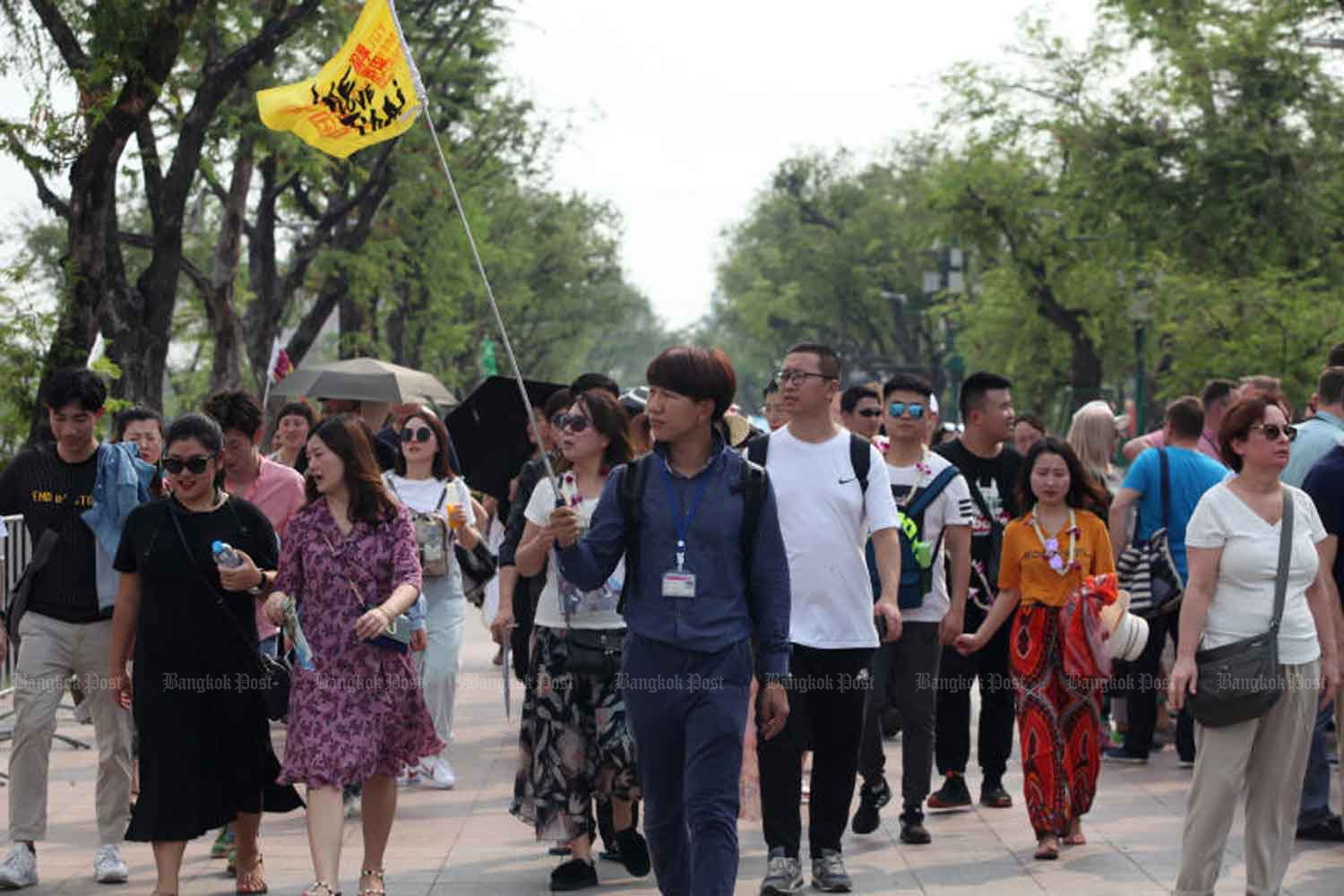 When the Chinese government announced it would allow overseas group tours to resume to 20 countries, including Thailand, starting February 6, it drew mixed reactions.

While some welcomed the good news that international tourists would increase, others were wary of the bad news that Covid-19 could spread.

It is also confident that Thailand will contain the potential spread of Covid-19, deputy government spokeswoman Treasuree Taisaranakul said on Saturday.

Mr. Anutin said that outbound group tours from China will proceed step by step in an initial pilot phase and with strict regulations imposed on both Chinese travelers and travel agencies, Ms. Treasuree said.

The government believes that any influx of Chinese group tours will not affect the country’s Covid-19 controls.

Chinese tourism agencies must follow the Covid-19 control measures in the countries their clients visit, while Chinese visitors are warned to take a Covid-19 test before leaving and pay attention to the safety of their health while traveling abroad, Ms. Treasuree said.

Prime Minister Prayut Chan-o-cha said last week that he had received good news from the Chinese government that Thailand will be the first country to receive Chinese tourists in the pilot phase of outbound group tours, which he welcomed.

The anticipated return of Chinese visitors to Thailand this year will be different in terms of quantity and quality, said Tanes Petsuwan, deputy governor for international marketing in Asia and the South Pacific at the Tourism Authority of Thailand (TAT).

Tourism receipts associated with the return of Chinese tourists will also be higher than those recorded in 2019 before the Covid-19 pandemic, he said.

At that time, about 11 million Chinese tourists visited Thailand throughout the year, and 531 billion baht in tourism revenue was generated, it said.

Now, five of TAT’s offices in China (in Shanghai, Beijing, Guangzhou, Chengdu and Kunming) are implementing a tourism strategy called “China Is Back” which begins with a tourism campaign called “Two Lands, One Heart”.

The TAT now expects at least 5 million Chinese tourists to visit Thailand this year, he said.

“Thailand has become a dream destination for Chinese tourists after the Thai government’s favorable reaction to China’s reopening,” he said.

During the Chinese New Year, Thailand expects to receive about 30,000 Chinese tourists from January 19 to 27, TAT Governor Yuthasak Supasorn said.

He said international arrivals are expected to top half a million, an increase of 1,622% over the same period last Chinese New Year.

TAT expected 29,400 tourists from mainland China to arrive this Lunar New Year, with this demographic being the primary target group for the holiday period.

“In 2023, the number of Chinese tourists and the revenue generated by them during the Chinese New Year will see a small recovery,” the governor said.

He added that during the Lunar New Year, many Chinese might want to celebrate at home. Larger groups of visitors are expected to come around March and April for the Songkran Festival.

Another Chinese tourist attraction, the Erawan Shrine, has not seen a large number of tourists from mainland China, said Chookiat Kaewfa Charoen, 51, a receptionist at the shrine. But after the next month things should improve.