Hundreds of tourists were stranded at the ancient archaeological site of Machu Picchu after Peru’s rail service said protesters sabotaged part of the road leading back to the capital.

The city of Cusco, the former capital of the Inca empire and a roughly 70-mile train ride from the city of Machu Picchu, has been the site of some of the most intense fighting since the South American nation was first embroiled in riots. time. -President Pedro Castillo, the first Peruvian leader with a rural Andean background, was charged and jailed for trying to dissolve Congress last month.

Train service to and from the town of Machu Picchu, at the base of the hill where the ancient Inca citadel of the same name sits, had been closed since Thursday due to damage to the tracks leading back to Cusco. Hundreds of tourists reportedly lined up to sign a petition to be evacuated on a “humanitarian train.”

Peru’s culture ministry said Saturday it had closed the country’s most famous tourist attraction, as well as the Inca Trail that leads to the site “to protect the safety of tourists and the general population.” 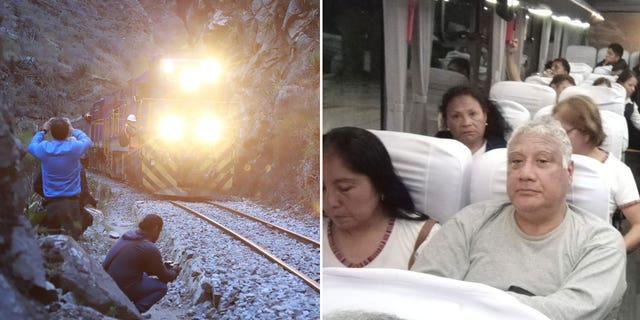 There were more than 400 visitors trapped in Machu Picchu unable to get out, more than 300 of them foreigners, Tourism Minister Luis Fernando Helguero said at a press conference.

On Saturday night, the Ministry of Tourism of Peru, MINCETUR, thanked the Tourist Protection Network for coordinating the transportation of 418 national and foreign visitors from the town of Machu Picchu to Cusco. The ministry shared photos of a crowded train moving through the Peruvian Andes.

Some stranded tourists had chosen to walk to Piscacucho, the nearest town, Helguero said, “but that implies a walk of six, seven hours or more and only a few people can do it.” 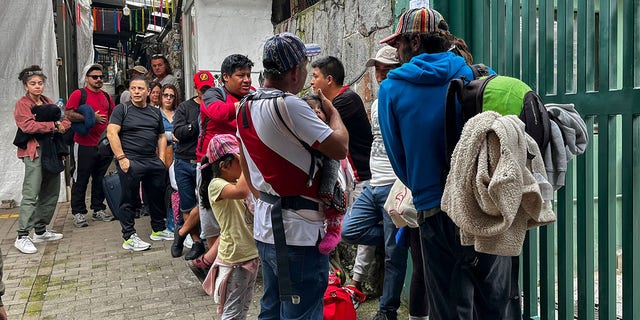 Tourists wait outside the Machu Picchu train station after rail service was suspended due to damage allegedly caused by protesters in Machu Picchu, Peru, on January 21, 2023.
(CAROLINA PAUCAR/AFP via Getty Images)

The closure of the Inca citadel that dates back to the 15th century and is often referred to as one of the new seven wonders of the world comes as protesters poured into Lima, many traveling to the capital from remote Andean regions, to demand the resignation of President Dina Boluarte.

The riots in Cusco are causing a significant loss of tourism revenue. 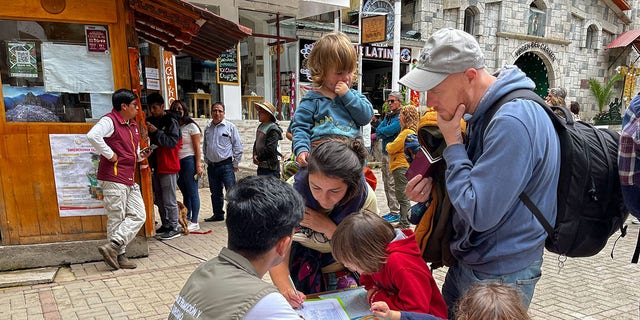 Tourists queue to sign a petition to the railway company to be evacuated on a “humanitarian train” in Machu Picchu, Peru, on January 20, 2023. –
(CAROLINA PAUCAR/AFP via Getty Images)

Cusco airport was briefly closed last week after protesters tried to storm it. The train service to Machu Picchu has been closed since Thursday due to damage to the tracks.

Also on Saturday, police raided Peru’s largest public university in Lima to evict protesters who were staying on campus while participating in large demonstrations. 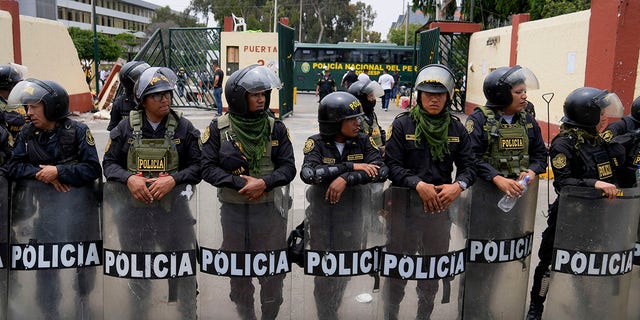 The police used a small tank to break into the National University of San Marcos in the morning.

Hundreds of protesters gathered outside the law enforcement offices where the detainees were being held Saturday night chanting “Freedom” and “We are students, not terrorists.”

Until recently, the protests had been concentrated in the south of the country.

Associated Press contributed to this report.

Danielle Wallace is a reporter for Fox News Digital covering politics, crime, police and more. Story suggestions can be sent to [email protected] and on Twitter: @danimwallace.